After teaching at the first Public Speaking course, I had a chance to put myself through a practice run! I was invited to be interviewed on a local Plymouth community radio station, ‘Omnium’ by Lester Jones – a sonorous, lovely Welshman. Lester works hard in many different ways to make arts accessible to the local community and is a very positive ‘can do’ chap.
It was a very cold winter’s day and I had thought that the studio would be warm and cozy, but ah…this is community radio and it was in an old building with no heating! Brrr – I was chilly!!
I arrived at the same time as Lester and true to form, he had decided on the way there, to not use anything that he’d asked me to prepare! He’d thought he’d rather throw me in the deep end and get me to teach the station manager, Trace, a young man who had never sung before, how to sing, live on air, for 2 minutes!

So…… this is when you rely on all your preparation and years of teaching experience and sometimes, your colleagues! I had a quick and very fruitful conversation with my pal, Sam, from Devon Singing Workshops, on the phone, to throw some ideas around and get my brain working on what I could do. As many of you know – getting a good 2 minutes radio bite – is not really what I do in a lesson!

I sat and listened to the first interviewee’s slot – John Hamblin, the CEO of the Shekinah Mission for the homeless, in Plymouth. What an amazing man and a very interesting interview regarding what the mission accomplishes in Plymouth and Torbay – two pretty deprived areas.

When it was my turn – some of the music I had chosen couldn’t be found on the usual play list for the station – not surprisingly really – I have some strange and eclectic tastes! We played a few interesting pieces and then the moment arrived…….Poor Trace, the station manager, was nervous about the situation that he had, rather unwillingly, been dropped into! I had the feeling Lester was enjoying this a bit too much!

Whilst a song from my playlist was on, we decided on a song that he knew that he could sing for me – Amazing Grace – and really that’s the only preparation we had. I wrote out the words for him and then we launched!

Luckily – it worked! He sang a couple of lines and I could see that his jaw was very tense and got him to do an exercise that opened it up a bit. And Bingo! We got a change! If you’d like to hear it – there is the video on my facebook page!
All good fun – and I hope to be back there with some live singers next time, more clothing and more coffee!
Have a listen here: https://www.omniumradio.online 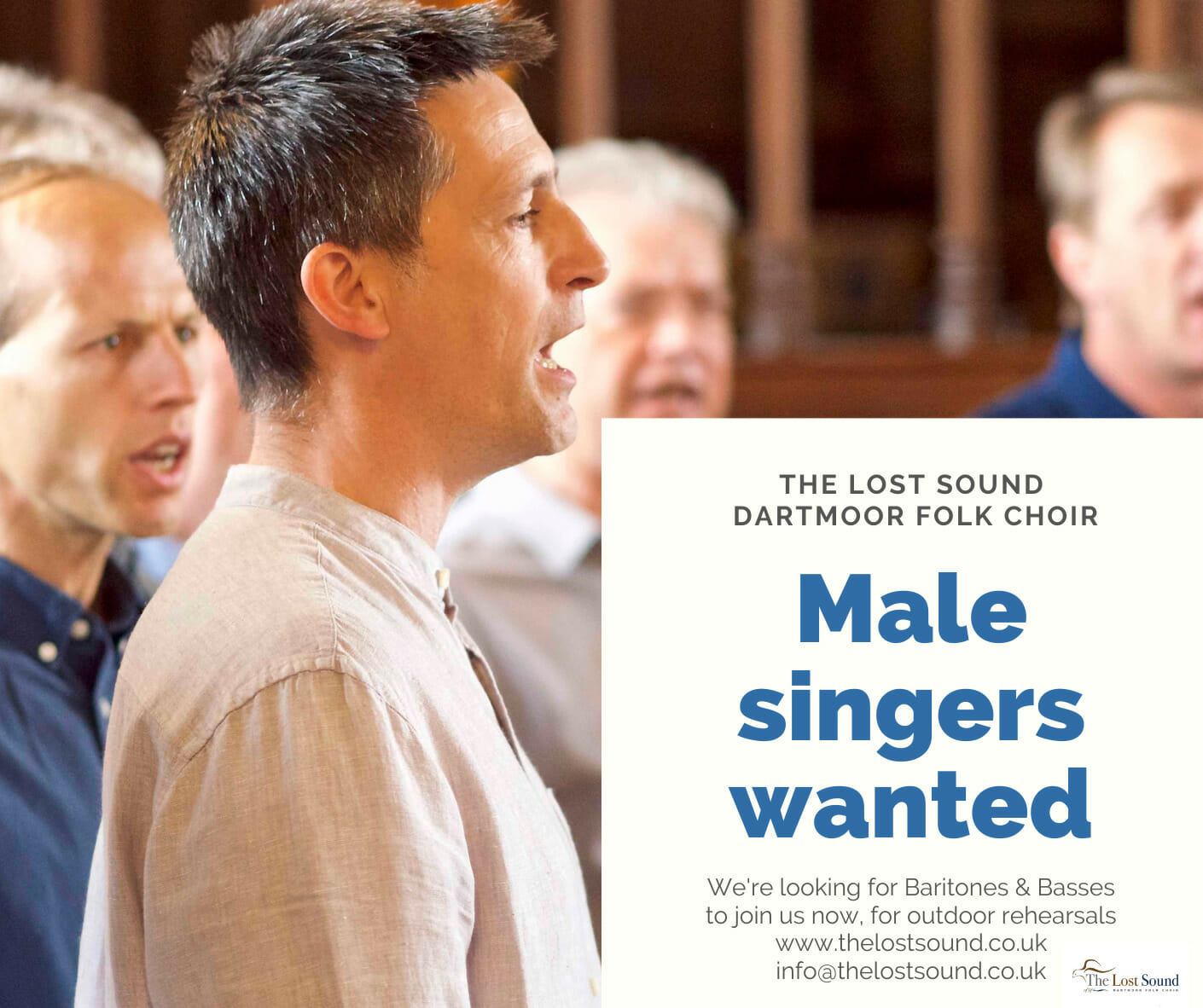 My lovely choir, The Lost Sound, based in Buckfastleigh, Devon, is about to come back to full choir singing. We haven't heard the full choir since March 2020. We've been getting by since last... 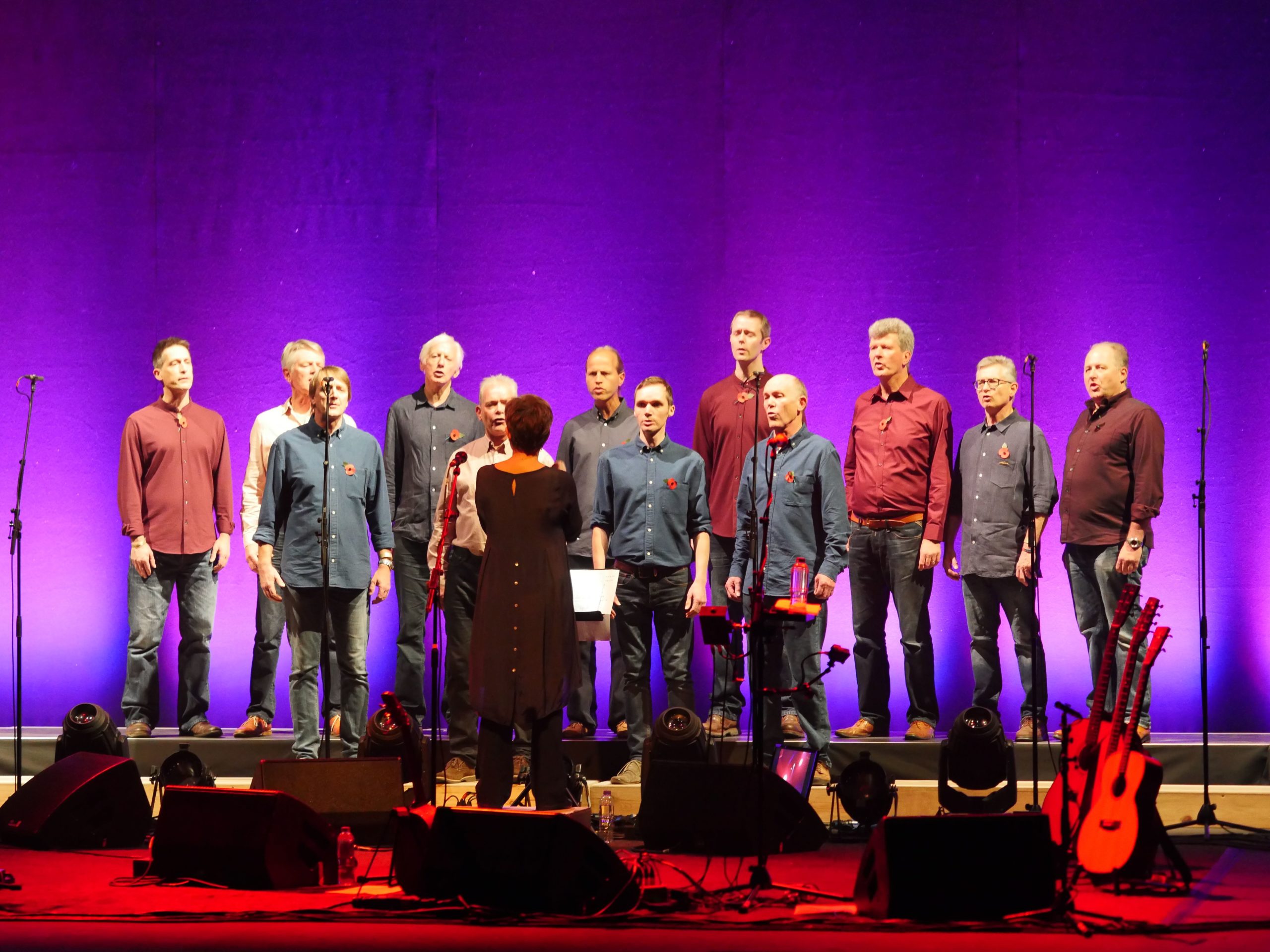 Its the start of March and choirs around Britain are getting excited at the prospect of getting back to singing. There is even a thought of performing again. It's a heady time! As we come back to...

Freeeezing cold but great fun to raise a goodly amount for @StPetrocks and still rising through online donations t.co

Tomorrow, Saturday if you're shopping in #Exeter come and buy a song for charity! We can even do a dedication for a… t.co

My choir, @_TheLostSound are out singing from Nov 27th in #Exeter and #Plymouth All free. Come and help us raise fu… t.co

@shrewsmorris Wishing you a speedy and full recovery.